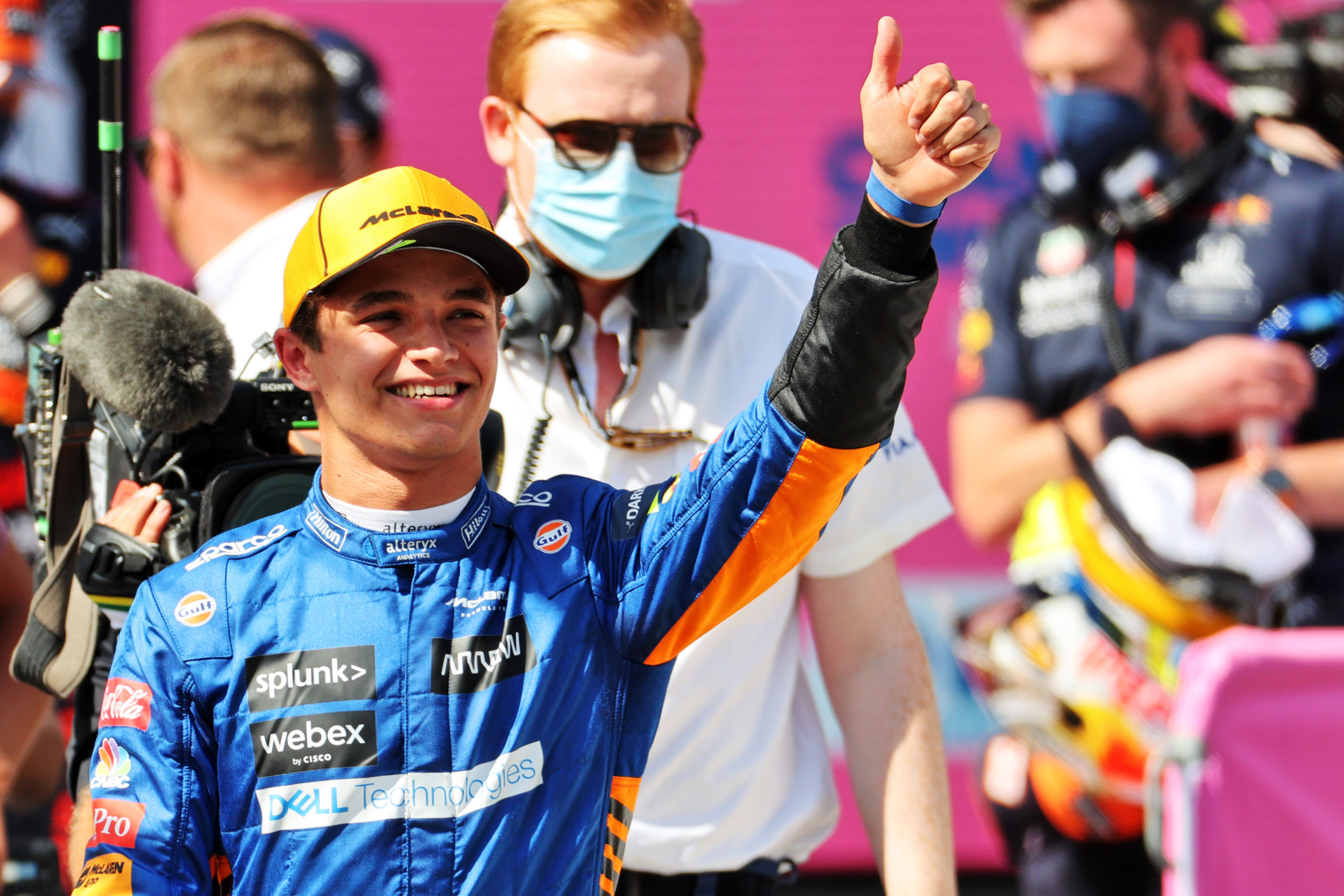 LONDON, UK (Wednesday, July 14, 2021) – A new fan survey conducted by the leading digital motorsport media group The Race Media has highlighted key differences between the new generation of F1 fans brought to the sport by the Netflix series, Drive to Survive, and long-term Grand Prix followers.

The Drive to Survive generation rated young McLaren F1 star and social media icon Lando Norris as their favourite driver – while long-term fans rate Lewis Hamilton as their top pick. Norris has not only made his name on track but has established himself as Formula 1’s first “social media influencer”.

The Race Media operates both The Race and WTF1. The Race aims to super-serve the super fan – providing deep-dive analysis in the world of Formula 1, MotoGP, IndyCar, and more. WTF1, however, takes an entirely different, decidedly irreverent look at the sport and the personalities drawing new fans to it.

Results of The Race Media survey highlighted the fact that the Drive to Survive generation is less likely to have been to a Grand Prix compared to established long-term fans (38.7 percent v 61.4 percent) but are even more likely to want to experience live racing with a staggering 95% of young fans wanting to experience a Grand Prix in person.

Seventy-two percent of all fans surveyed said they intended to attend a Grand Prix in the future – a strong indication of future success for F1 owners Liberty Media Corporation and promoters such as the Silverstone circuit, who host their 57th Grand Prix this weekend.

The survey results also show that despite the Drive to Survive generation being 100% more likely to have ‘found’ F1 through the Netflix show compared to long-term fans, they still crave the experience of the sport physically. 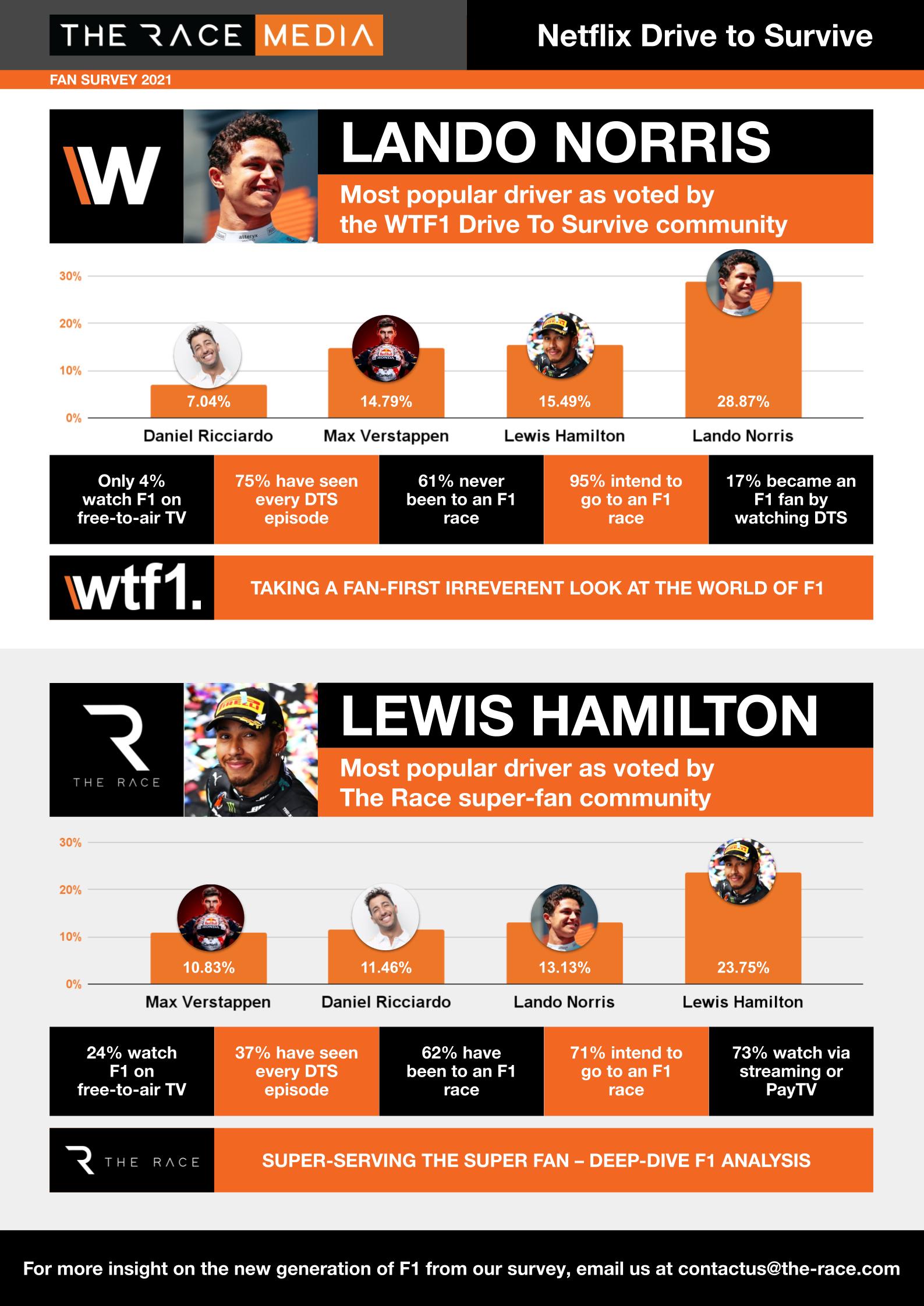 The dedication to the Drive To Survive franchise is strong, with 96 percent of WTF1 readers/followers having watched the Netflix series and 75 percent having watched all 30 episodes streamed so far. These fans are being converted too, with 90 percent watching the races either via a subscription service or on a stream. Just one percent only consume the highlights on social media rather than watching the entire race.

“We knew Drive to Survive had a huge effect on increasing the younger fan base of F1, but even we are shocked at the impact,” The Race Media Co-Founder and CEO, Darren Cox, said.

“Our youth brand WTF1 has been a key beneficiary of the shift as the place to be for younger fans. Our web traffic has seen a 30 percent increase, with YouTube up 48 percent in the past year. In short, if you want to reach the Drive To Survive audience, you need to be talking to the WTF1 audience.”

“The popularity of Norris is great news not just for British motorsport, but F1 in general,” said The Race Media Co-Founder and COO Andrew van de Burgt.

“He’s a social media native, and his understanding of how to talk to that audience clearly works for those fans. F1 needs to harness this, other drivers need to learn from it too, as these new fans will be the lifeblood of the sport for decades to come.”