LONDON, UK, (Thursday, December 16) – While the Formula 1 World Championship came down to the final lap, the race to win the motorsport online content stakes was done and dusted long before the last lap of the season.

The Race Media has dominated the independent F1 media space all year and rammed home its advantage during the drama-filled week around the last race of the season. Across the group’s The Race and WTF1 brands over the past 10 days, a total of more than nine million interactions from fans were received as comments, reactions, likes and shares across YouTube, Instagram, Facebook and Twitter.

Remarkably, this total was 71 percent higher than The Race Media’s nearest rival in the motorsport media space and was 23 times higher (1283 percent) than the two of the sport’s youth-focussed lifestyle brands. 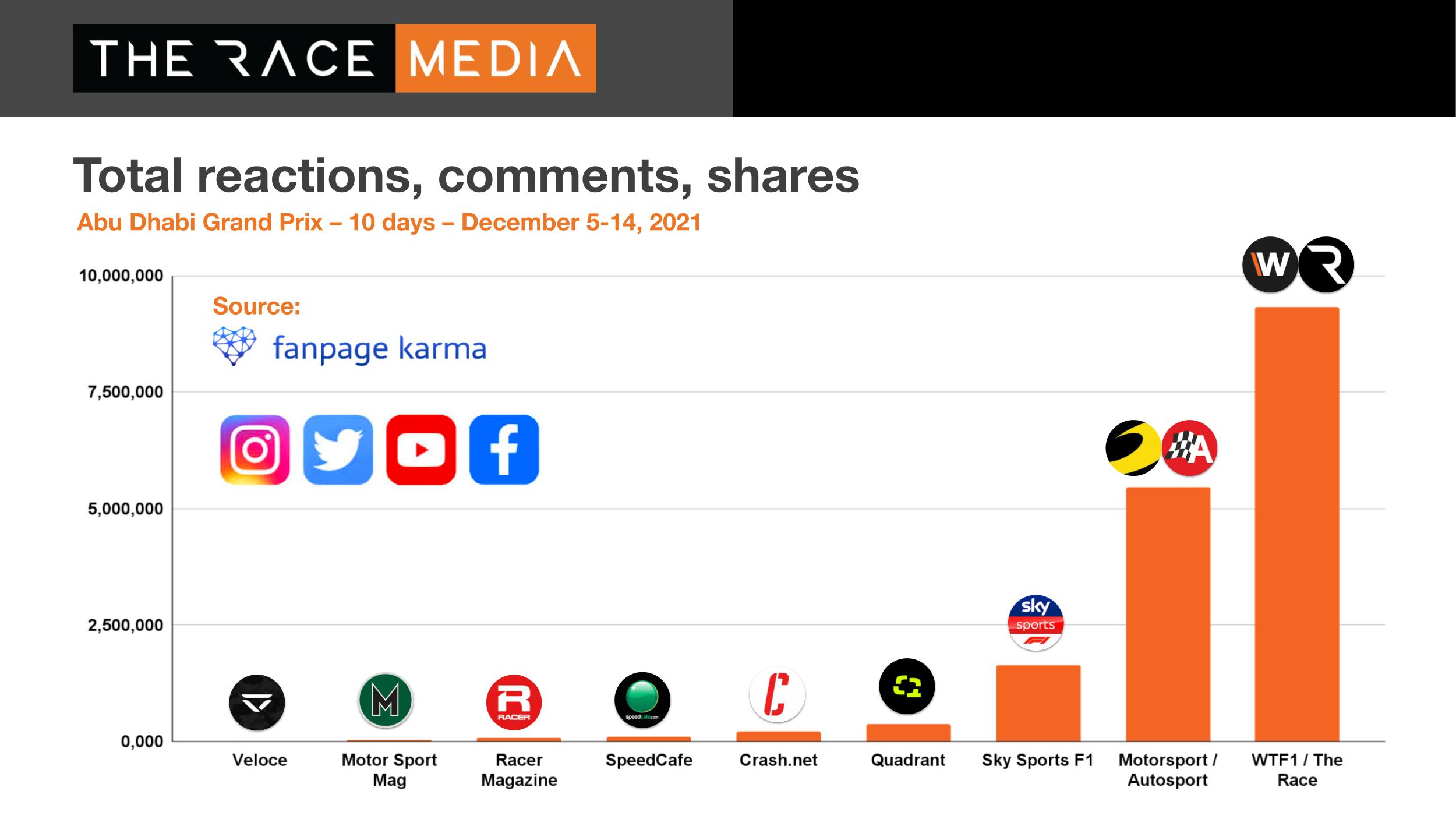 The Race Media brings together some of the finest content creators in motorsport to tell engaging and inspiring stories. The Race super serves the ‘super fan’ with expert analysis of Formula 1, MotoGP, Formula E, IndyCar and more. WTF1 speaks as the voice of the fan, not the sport – taking a sideways look at the world of F1, creating content that plays perfectly with the “Drive to Survive” generation of new fans.

Over the year both The Race and WTF1 have, with the exception of the rights holder Formula 1, beaten all comers on most key metrics.

In only it’s second year “competing” on the world motorsport stage, the group has recorded remarkable growth in 2022 including: 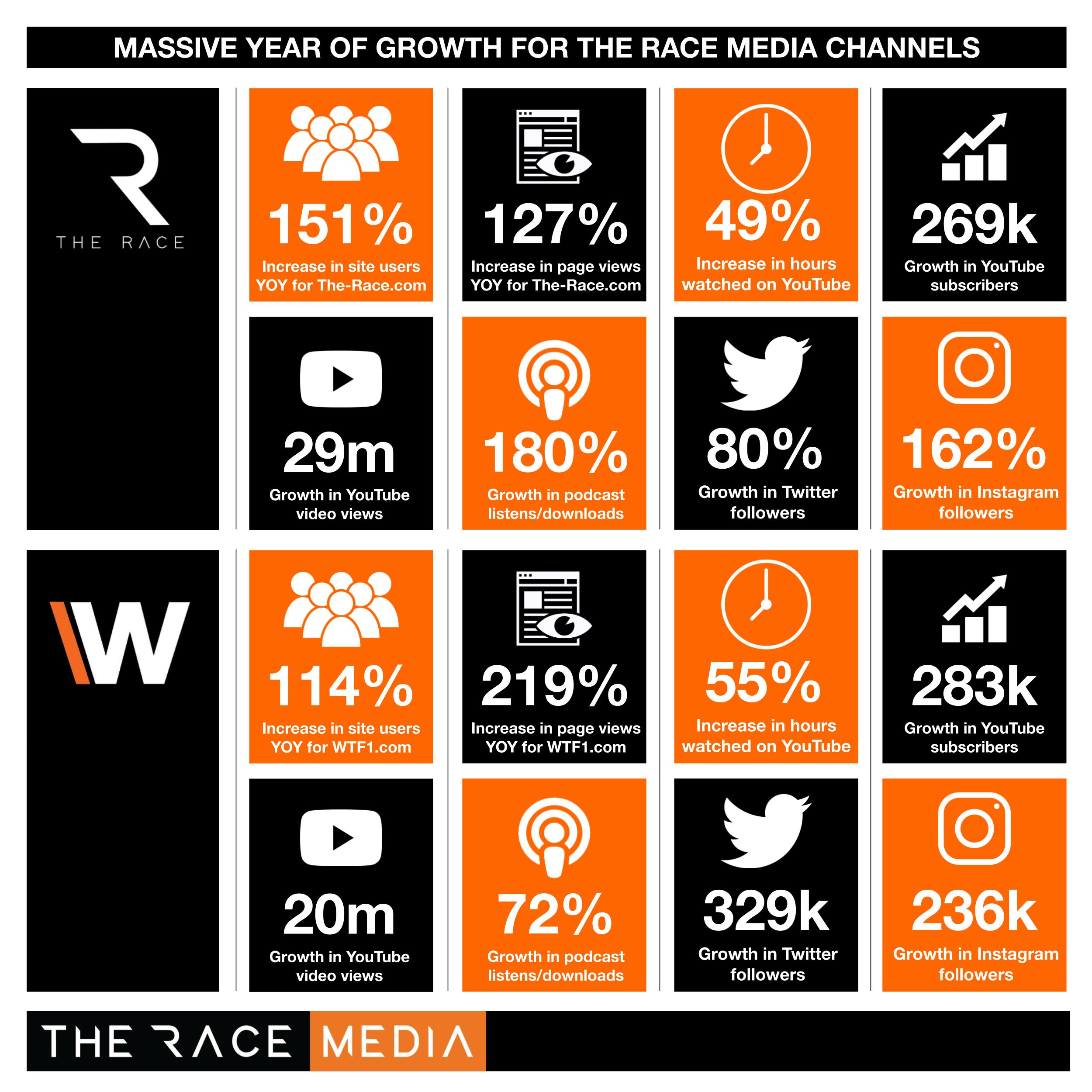 “After only two years, I am astonished at our lead over long-established brands in the motorsport media space,” said The Race Media Founder and CEO, Darren Cox.

“When we launched we were looking forward to going toe-to-toe with the established titles in this space. We now have not only surpassed them but with our very targeted focus on eyeballs and engagement, we have easily surpassed the other ‘youth’ brands attempting to talk to the new younger F1 audience.

“If you want to talk to that passionate F1 audience and are not among our long list of partners or agencies we work with, then you are not doing the best job for your brand or clients.”

Andrew van de Burgt, The Race founder and COO said: “It’s been a sensational F1 season, with so many twists and turns, that created the perfect conditions for the editorial teams at The Race and WTF1 to show their passion, skills and knowledge to produce world-beating content. To see the numbers back up this statement is very satisfying. Bring on 2022!” 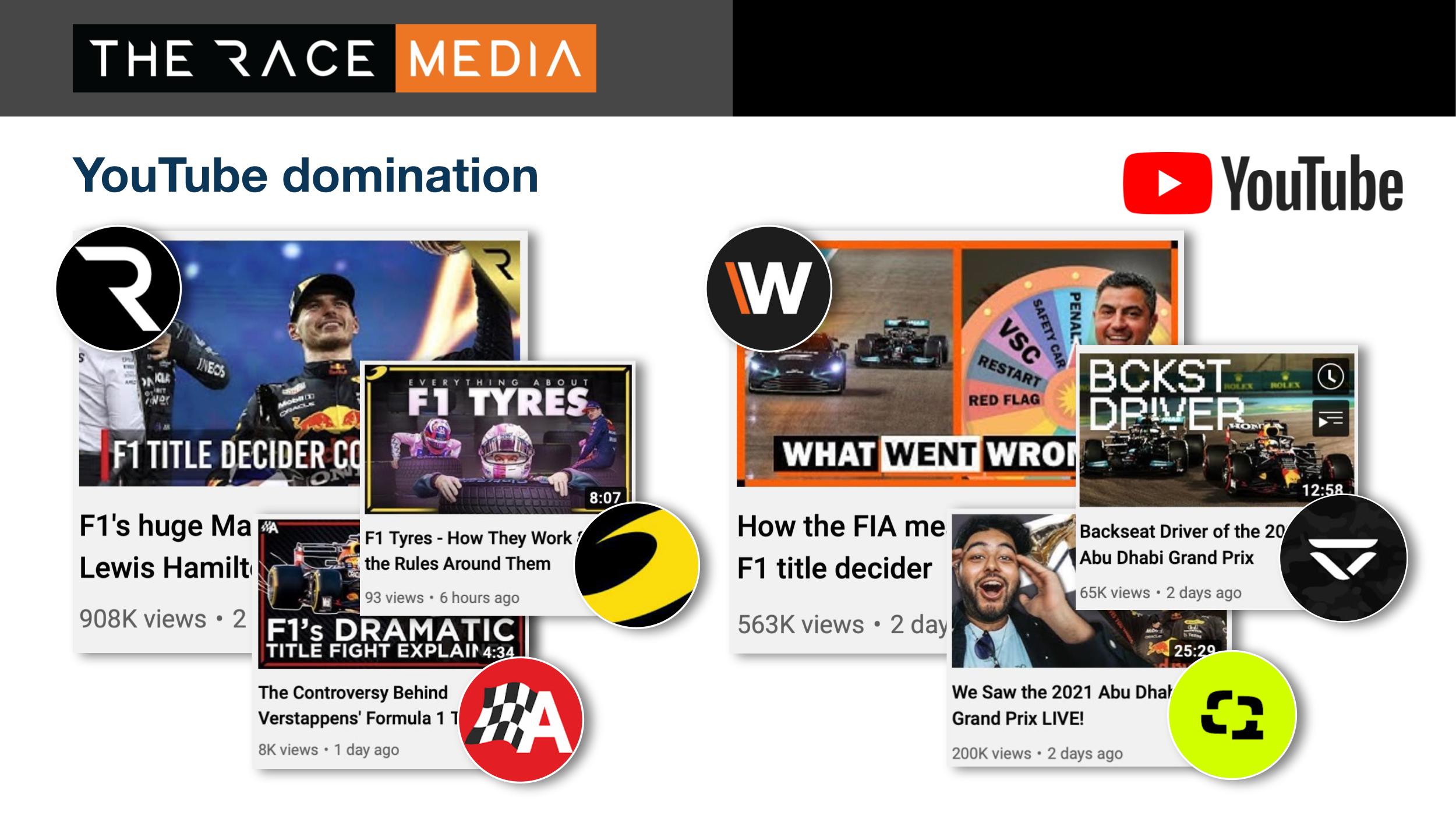